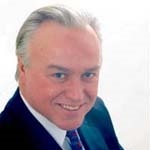 John R. Austin has been registered in commodities, securities and licensed in insurance since the 70’s and obtained his CFP® certification in the 1980’s. John is an Accredited Investment Fiduciary (AIF). He was one of the handfuls of practitioners who obtained admission to the (since disbanded) Registry of Financial Planning Practitioners. John was Treasurer, President and Director of the San Francisco Chapter of the Financial Planning Association and was awarded the Leadership Award (1986) and the Distinguished Service Award (1988). Among his accomplishments were: proposing and creating what was to become FPA’s Financial Independence Week (initially launched by the San Francisco Financial Planning Association Chapter and the San Francisco Chronicle as the IAFP/Chronicle Finance Fair). John instigated the creation of the FPA National and California Political Action Committees and the SF/FPA Blood Bank. He was a (substitute) instructor at Golden Gate University. John produced and hosted his own financial planning program on Cable television and has been a frequent guest on radio and television. Publisher of “The Austin Alert” and Austin’s Principles and Editor of “Hypothetically Speaking”, he has been frequently quoted in newspapers, magazines and trade journals. He has been featured in Financial Planning Magazine (Practice Marketing/June 1985, Foul Weather Friends/October 1987) and gained national recognition for his efforts to reorganize the Sunderman real estate empire (in bankruptcy) for the benefit of his clients (1987).

Austin has been active in politics, and was a candidate for the Maryland House of Delegates in 2006. He has served as a steering committee member for two Congressional races and a Board of Education contest and ran as a delegate to the national convention in 2008. He has been an active political volunteer at the local level in Maryland and California. He served as a Director of the Rockville Sister Cities organization and has been President of a local American Field Service Alumni Association and a local Thunderbird Alumni Association. He founded the CRDC English as a Second Language (ESL) tutorial program and has mainstreamed numerous immigrants into the US economy by hosting a CETA job-training site.

As a regional manager and trainer for CitiGroup, Austin coached and managed scores of licensed bankers and brokers, always with a focus on the total financial planning process.

In addition to financial planning, Austin has also been an executive in the offshore funds and financial services software industries. An advocate of tax-efficient investing, Austin conceived the first after-tax return Internet tool for TowersData, which was launched on Eaton Vance’s mutual fund Website prior to the SEC’s mandate for such reporting. Austin was a member of the work group that refined the standards developed by the ICI Task Force on After-Tax Returns. He conceived the after-tax return ratio adopted as a statistical calculation by Standard & Poor’s Mutual Fund Services (TowersData’s strategic partner) and has contributed to the evolution and delivery of financial software solutions produced by TowersData, Thomson and S&P.

Austin is the managing partner of Austin Wealth Management and offers a full range of wealth management services to individuals, retirement plans and businesses nationwide and to members of the diplomatic community in Greater Washington. Call 301-774-0670 or 877-512-8257 for an appointment.